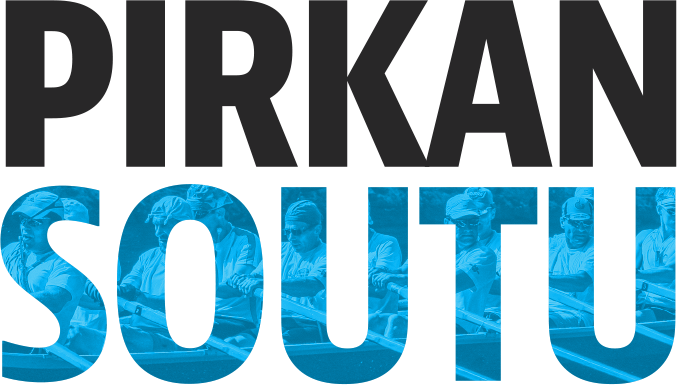 “The Quest For The Holy Lake”

At the starting point

*Not included in Trip Rowing Event

You can sign up for all our events by using our web store. In January you can also make the entry to Tour De Pirkka. Registration via web store supports only Finnish bank accounts.

Teams should pay their entire fee at once.

If your sport team pays the fees at once, please let us know the list of rowers via email (toimisto(a)pirkankierros.fi) and transfer the money to bank account of Pirkan Soutu FI47 1443 3000 1140 14. To message section please mention the team name and number of rowers.

Church boat teams can also register via our web store. You can also send us the list of your team members via email including name, birth date and home address. It’s possible to split the entry fees between your team members. Please contact our office for more information.

5. REGISTRATION IN OUR OFFICES OR AT THE START

You can also visit our office in Hervanta (add Lindforsinkatu 5, Tampere). Opening hours can be seen below. The office will have extended opening hours near the event.

Late entries are possible in our race office at Tampereen Soutukeskus during the event weekend on Friday 6.30-8 p.m. and Saturday morning starting at 8 a.m.

The racing centre and race office are at Tampereen Soutukeskus (Rowing Center). The address is Hataanpäänkatu 6. Parking lots at Rowing Center are available along with the near parking areas at Metso and Sarvis. Traffic warden are present to help and guide with parking and boat launching.

All the boats should have at least one waterproofed packed phone and a hand bailer. Please let us know the phone number at the race office while picking up the boat number. In every boat should also have a life jackets. Life jackets are available at rowing center. We recommend to equip the boat with a red emergency flag. If help needed in a rowing boat please raise and lower slowly and repeatedly both arms outstretched to each side.

Pirkka Rowing medal can be picked up at the race office when returning the race number. The Finnish Championship ceremonies will be held after all the participants have completed the race (plus the 30 minutes protest time). The winner of Airon Män series will be awarded with an Airon Män Trophy 30 minutes after crossing the finish line. All three Finnish Championship series have their own ceremony. The top three competitors receive medals.

All the participants will receive a special Pirkka Rowing 40th Anniversary medal. There are also special medals and prizes for those who have participate ten, twenty and thirty times. The winning team of men/open churchboat series receive a stipend worth of 600 euros. The second best churchboat team will be granted with a stipend worth of 400 euros. The third team will get a free participation for the next year’s Pirkka Rowing.

A coffee and cake are also waiting for the members of fastest boat and kayak in Fitness series.

If you cancel your participation a week before the event your entry fee can be returned (possible fringe benefits will be reduced).
A participant cancelling the entry because of an illness, is entitled to a refund (- €8,50 office fee). A medical certificate must be provided to us within 2 weeks of the event.

It is also possible to transfer the entry fee to the next year’s event.

14. PHOTOS OF THE PARTICIPANTS

The organiser may use photos taken along the routes during the events for different marketing purposes. If you wish that photos of you are not used, please contact our office.

Many hotels are fully booked in the summer, so make sure to book early. Please visit Visit Tampere for more information.